The Google Ads Updates: What You Should Know (AND Do)

The 10 Latest Google Ads Updates: What You Should Know (AND Do)

At this point, we know that resisting Google Ads updates is a bit like...

But that doesn't mean we can't gather 'em up into no-nonsense roundups with the essential facts and tips! Read on to learn what you really need to know about the latest Google Ads updates, including:

Read on to get facts for your FAQs.

There are three goals:

You can view data for conversion goals by going to Tools > Measurement > Conversions. Your existing conversion, conversion optimization, and bidding strategies will not be changed. But terminology is changing:

When running Google shopping campaigns, merchants can apply for a “promotion,” “sale,” or “price drop” badge to their product listing if it meets qualifying conditions. Google announced in July 2021 that these deal-badged listings would now be more visible with a “see deals related to your search” prompt in the Shopping tab.

Then, on October 28, Google announced that now (and as promised), there is a designated deals feed, always accessible in the Shopping tab and which will also appear in regular Search for relevant queries (like “black friday deals”).

Note that the deals feed also appears on mobile.

This feed will show recommended deals for that user, based on their query and browsing behaviour as well as the attractiveness of the offer and discount

In addition, Google has made improvements to the Merchant Center to show which of your products qualify for a deals badge, as well as performance data for deal badged products broke out separately

The action we suggest: Test out a price drop, discount, or promotion now to get familiar with the new functionality and reporting so you can be successful throughout Black Friday and the holidays. Consider implementing a priority bidding structure to maximize your ROAS.

When you set your daily average budget for a Google Ads campaign, you are telling Google to spend your budget in such a way that averages out to that amount over the course of a month. This means it can spend up to twice your daily average budget on any given day if it means more clicks and conversions, and then counteract that by spending less on days when traffic or conversions are lower.

This is helpful in maximizing your budget, but advertisers have had limited insight into the fluctuations in their daily average ad spend. Google’s new budget report, announced on September 30, solves this. With this report, you can view past and future data.

In the cumulative monthly spend section, you can see how much you've spent so far, how much you're projected to spend, and your monthly spending limit. You're also able to edit the budget number at the top to see how this might impact your performance.

In the daily spend section, you can see how much of your daily spending limit you’ve spent on any given day. In both graphs, you can hover over the data to see numbers for an individual day.

The action we suggest: Head to one of your campaigns and pull up the report. Take a look at previous months to get a feel for how it visualizes the story. For this month's report,  play around with different average daily budgets to see how it can help you plan accordingly. Also, check out our Google Ads budget guide.

On October 14, Google announced that the SERP on mobile will now automatically load the next three pages of results as you scroll so you don’t have to tap “See more.” As a result, fewer text ads will show at the bottom of the SERP and text ads can now appear at the top of the second page and onward.

Does this impact Ad Rank? No. The way Ad Rank is calculated will not change and will be recalculated for each SERP—meaning your ad could show on more than one SERP for the same query.

Will this impact ad performance? Potentially. Your prominence metrics like the top and absolute top impression share might change. Google says this may increase impressions in your Search, Shopping, and Local campaigns, thereby lowering your CTR, but that clicks, conversions, average CPC and average CPA shouldn’t be impacted.

Note that there is no change for Shopping and Local ad appearance and that this is for US-English queries only. Google plans to make this available for additional countries and languages next year.

The action we suggest: Keep an eye on your PPC metrics and review these seven smarter ways to approach mobile search ads.

On September 28, Google launched the OCI helper tool so you can import and analyze your offline first-party conversion data (like calls) to Google Ads. This way you can integrate this behaviour into your entire lead-to-sale customer journey and use that data to find similar high-quality leads.

The tool is a self-service platform that businesses can use to import offline conversions as well as implement conversion values. There is first a questionnaire to identify the right implementation steps for your business (depending on your CRM, sales cycle, and more).

Then it will ask you to fill four roles:

You can assign up to four people per roll, and you can assign multiple rolls to one person. Once the OCI tool has this information, it will put together a customized implementation plan with a progress dashboard and assign out tasks for each role accordingly.

Action we suggest: Give it a spin! And on a similar note, learn how to import all your cost data into Google Analytics here.

6. Enhanced conversions are now available to all

On September 30, Google announced that enhanced conversions, introduced in the May 2021 Google Marketing Live Stream, are now available in beta for all eligible advertisers. Here's why it matters:

Let’s say a user clicks on a Google ad on their laptop, goes to your website, but doesn’t convert; but then later returns to your site through organic search on mobile and converts. Third-party cookies, which track individuals, across the web, across devices, allow you to see this path from paid ad to organic search to conversion. Without them, the organic visit would be treated as a new user and new visit, not tied to the ad, and the advertiser would falsely believe that their ad did not play a role in the conversion.

There are three ways to set up enhanced conversions:

The action we suggest: Start ramping up your first-party data collection and get more familiar with this feature at Google’s help page for enhanced conversions.

As we know, Google will be removing third-party cookies at some point in 2022. Since this has a massive impact on advertisers, it is coming up with new features (like enhanced conversions, mentioned above) and technologies to help advertisers accurately report on and effectively target their ads. Not only does this help advertisers, but in general, consumers prefer to get ads served to them that are relevant.

One of those technologies is Google FLoC. No action is needed, but this could mean that the death of the third-party cookie could be prolonged.

The action we suggest: Make sure you understand what FLoC means for advertisers and that you have the Google Ads tag on your site.

On October 26, Google announced that it has rolled out upgraded ad extensions. These extensions will have more features like the ability to pause but will exclude some existing ad extension features, including:

Upgraded extensions will eventually replace the current (soon to be legacy) extensions, but this will be over the course of the year. You can create upgraded extensions in the meantime (via the API or Editor), but note that reporting will be a little wonky. You will only be able to see the combined legacy and upgraded extension data in the summary view.

Eventually, the summary and table views will show the same data, but after August 2022, you will no longer be able to view legacy extension data.

The action we suggest: If you use the API or Editor, try creating an upgraded extension now. Or if you're not familiar with extensions, check out our Google Ads extensions cheat sheet—which we'll be sure to update accordingly!

On November 2, Google announced that Performance Max campaigns, released in beta in  October 2020, are now available to all advertisers worldwide. With this automated campaign type, you provide Google with images, videos, logos, and headlines, and Google will mix and match those assets into ads that can run across Search, Display, Discover, Maps, Gmail, and YouTube.

With this campaign type, automation optimizes your budget and bids across channels and you can see the performance in the Insights page and Combinations report. Google also shared that Smart Shopping and Local campaigns will both upgrade to Performance Max in 2022.

The action we suggest: E-commerce and local businesses, get familiar with Performance Max campaigns now since Smart Shopping and Local ads will eventually get moved into this campaign type.

Google announced on September 27 that engaged-view conversions (EVCs), which have been available for TrueView skippable in-stream ads, Local and App campaigns, are now also available for video Display campaigns.

EVCs, introduced in 2020 as a more robust non-click metric than view-through conversions, are conversions that occur on your site within a particular time frame after someone views your video ad for 10 seconds.

The action we suggest: Check out these seven video ad ideas and brush up on your Display ad design principles to get those engaged views going! 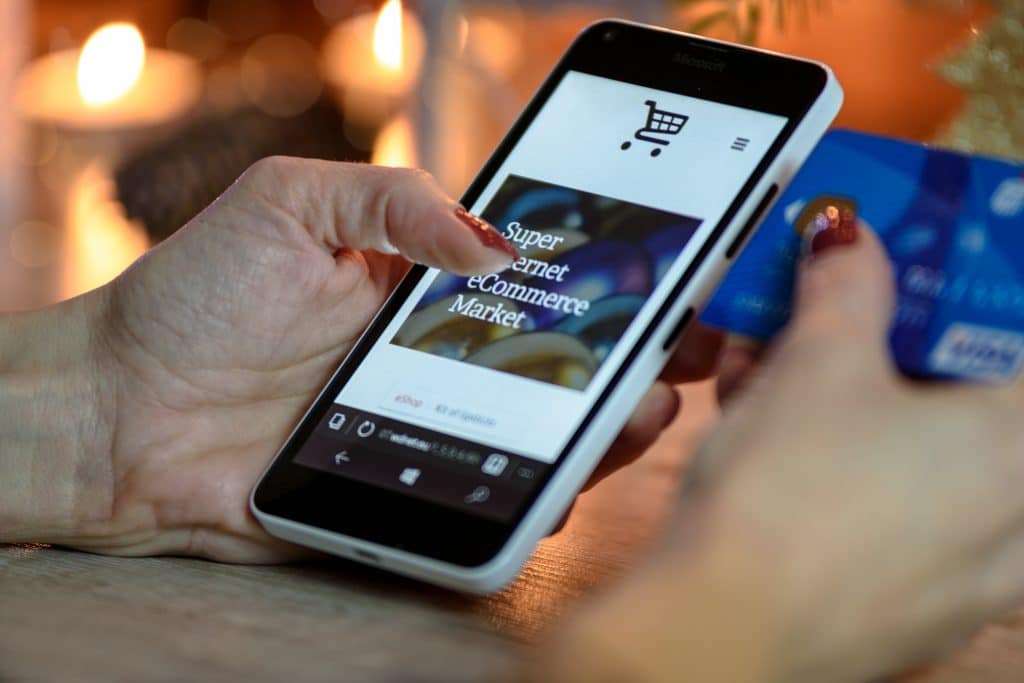 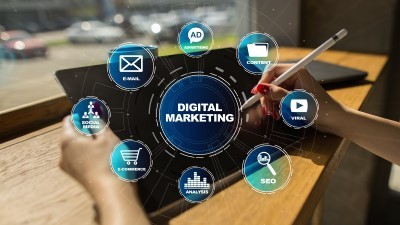 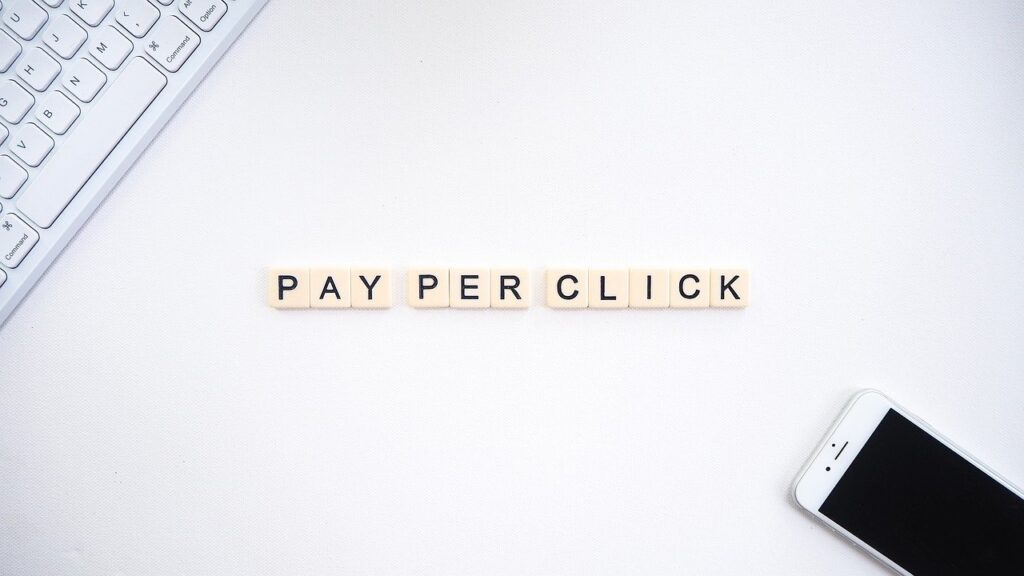 Want to know how much we will charge for the precise services you are seeking? Let us know your project in detail and we will provide you with an estimate for the project.

Get a Quote
Scroll to Top